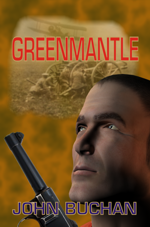 END_OF_DOCUMENT_TOKEN_TO_BE_REPLACED

Strike of the Black Mamba

The unthinkable has happened. An environmental organization warned the world against it. Still, nobody believed that it would turn out like this.

But Donald Morse proves everyone wrong. Defying all security measures, he manages to steal a shipment of nuclear material from a cargo ship destined for Japan’s nuclear power reactors.