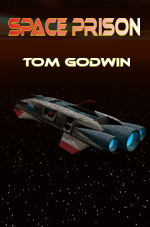 “Space Prison” covers the two-century history of this stranded colony, and describes its survival and how it eventually adapts and thrives.